One year after a massive explosion ripped through Lebanon's capital city, Beirut, the whole story can finally be told about how the blast in Warehouse 12 happened, what impact it had on the vibrant Mediterranean Middle East city and how Beirut is rising from the ashes once again. With more than 35 interviews, we speak to investigative journalists, firefighters, doctors,  the families of victims, young activists, business owners and community leaders who lived through the trio of tragedies this year - the coronavirus pandemic, a deep economic crisis and the port explosion, and our now putting broken Beirut back together again.

​A three-part space engineering series documenting the quest to reach the planet Mars within the next decade. The Voyage looks at the science and technology behind getting there, The Human Factor features some of the personalities involved and the impact on them, while The Planet addresses the unique geological aspects of the mysterious red planet. Ready for broadcast. Distributed by Espresso Media international.

A series of investigative documentaries about the deadly  trafficking of people, waste, drugs and weapons in the Mediterranean Sea.  Lethal Cargo: Migrants is a gripping account of the odyssey of migrants and refugees being ruthlessly exploited and trafficked across the Mediterranean. On the docks and inside the reception camps, we interview migrants from Syria, Iraq, Pakistan, Mali, Nigeria, Gambia and Mauritania about their incredible, perilous voyage to Europe.

Lethal Cargo: Toxic Waste tells the incredible story of how big industry and the mafia collaborated in the past 30 years to dispose of dangerous waste under the sea and in secret waste pits in Italy.  Lethal Cargo: Drugs and Lethal Cargo: Arms document how the smuggling routes for drugs and arms have changed in the wake of recent instability and conflict in the Mediterranean. Shot on location in Italy, Greece, Turkey, Hungary, Ukraine, Serbia, Spain, Brussels and London. Ready for Broadcast. Distributed by Autentic.

TOTAL EPS: 16
Season 1   2014: 4 x 45    Season 2  2015:  4x45   Season 3 2016: 4x45    Season 4 2017: 3 x 45
This series follows salvage teams as they deploy to the scenes of maritime disasters to solve the biggest engineering challenges on the high seas today.
Salvagemasters resolve 16 different shipwrecks in 16 different spectacular locations, including: a capsized cruise ship in Tuscany, a Dutch trade ship found in the rubble of the World Trade Center after the 0/11 attacks, Hitler's lost aircraft carrier at the bottom of the Baltic Sea, a stranded oil tanker in Sicily, a nuclear-powered submarine sunk in the Barents Sea, the burning "Norman Atlantic" passenger ferry from the Adriatic Sea, a 17th-century French explorer's ship raised from sea floor off the coast of Texas, 300 years after it originally sank.  Ready for Broadcast. Check out the website! www.salvage-masters.com

A fast-paced series about how mega huge objects are lifted and transported.  Episodes include the complex "Jumboisation" of a cruise ship in Palermo, the construction of the massive new surge barrier  in the Venetian lagoon and the story of the largest cargo plane in the world, the Antonov, An-225, as well as stories of moving some of Europe's biggest cranes, oil platforms, rockets and even the massive arch built over Chernobyl.  Ready for Broadcast. Distributed by Espresso Media International.

The gripping account of survivors and rescuers on the scene of the devastating August 2016 earthquake in central Italy.  Featuring unique interviews with the first responders who arrived on scene and survivors of the quakes, tells the story on the ground in the red zone and from the air using exclusive helicopter footage of the natural disaster that destroyed Amatrice and several other ancient villages.

A 5-part series of documentaries about the threats volcanoes pose to communities, how the local people cope and the advantages they gain from living close to active volcanoes. Original shoot and interviews in five stunning locations: Etna (Italy) --Vesuvius (Italy) --Phlegrean Fields (Italy)--Lanzarote (Canary Islands) -- Nisyros (Greece). Ready for broadcast. Distibuted by Autentic.

All over Europe, relic wine hunters and enology experts have entered a race against time to save some vines on the verge of extinction, to rekindle the flavours of yesterday. We follow relic wine hunters through Sicily, northern Greece and southern France as they seek out the wines of the past in some of the most unexpected places.

​House of the Rescued Vodka Bears

After years of torture, abuse and ridicule, 19 brown “vodka bears” are today being rehabilitated in a 30-acre rehabilitation centre in the Synevir nature reserve in western Ukraine. This is the fascinating story of Europe’s largest rehabilitation center for brown bears in the rugged Carpathian mountains, near the wild border with Romania and Hungary. Co produced with Mykhailo Yelchev and distributed by Autentic.​

The whole story of the world’s most romantic city, from its ancient maritime republic beginnings to the groundbreaking renovation underway of Rialto Bridge.  This two-part series shows how fashion, archaeology and culture are coming together for an epic renovation of one of the most famous bridges in the world. And tells the whole story of Venice’s decline and attempts to save it from the sea and smog. Ready for Broadcast. Distributed by Autentic.

Two thousand years of human drama have left their mark the Colosseum, but the most famous monument in the world is today getting a historic facelift thanks to a unique public-private partnership.  As layers of grime are washed away, intriguing new hidden details are coming to light only now, as an ambitious renovation project returns the world’s largest Roman arena to its ancient glory.   Shot in Full HD in three different arenas, with unique re-enactments of gladiatorial combat and exclusive interviews with Tod’s CEO Diego Della Valle, the millionaire fashion mogul sponsoring the work. Ready for Broadcast. Distributed by Autentic.

The only fully updated documentary to include the final 2015 verdict overturning Amanda Knox's convictions, this is the most definitive in-depth overview of the Meredith Kercher murder case available. This high-rating documentary was shot on location in Perugia, London, Seattle, Florence and Rome over seven years and features exclusive never-before seen courtroom and police footage, as well as interviews with the principal players.  The original BBC version, titled "Is Amanda Knox Guilty?" premiered in 2014 on the BBC, and has also aired in Australia, Sweden, Finland, Belgium and Italy. Executive Producer Steve Anderson. Producer Paul Russell. Director Andrea Vogt. Ready for Broadcast. Distributed by Autentic.

The Vikings                                            5 x 45     2015
They were great Scandinavian warriors and fine craftsmen. From Newfoundland to the Caspian Sea they robbed and traded fine furs, jewelry, slaves or weapons: anything worth something. They opened new trade routes still used today, founded magnificent cities such as Kiev and Novgorod, and captured ancient hubs like York, Naples and Istanbul. This five-part series follows the Vikings everywhere they went, revealing stunning new archaeological discoveries that turn Viking history on its head. Episode 1 The Viking Homeland; Ep2 Weapons; Ep3 Raiding and Trading; Ep4 Expansion and Settlement; Ep5 Eastern Promise. Ready for Broadcast. Distributed by Autentic.

A five-part series exploring the forgotten story of the incredible engineering feats and secret survival techniques of five legendary underground battles during the First World War. Archeologists Andy Hawkins and Julia Richardson of the British Durand Group meet up with German, Austrian and French historians and experts, who together explore actual WW1 tunnels – from the Italian Alps to the plains of Belgium, in an attempt to uncover the true story of this horrific hidden war. Featuring expert reconstructions, unique aerial drone footage of the fronts, and never-before seen images of tunnels and bunkers in Italy, Austria, France and Belgium. Shot on location in Somme, Ypres, Vauquois, Col di Lana and Monte Paterno. Ready for broadcast.

The story of the campaign to capture the Gallipoli peninsula from the Ottoman empire in 1915, in which the British, Australian, New Zealand, Indian and French forces failed to defeat the predominantly Turkish defending army, in a series of pointless battles that  killed nearly 400,000 men. Told by one leading historian from each side – Turkey and Britain. Ready for Broadcast. Distributed by Autentic.

The whole story of the greatest shipwreck since the Titanic, this documentary follows the Costa Concordia cruiseship from the night it capsized to the day it was finally towed away from the mediterranean island of Giglio after an epic billion-dollar salvage effort that made maritime history. Produced, written and directed by Paul Russell and Andrea Vogt. *Two-part 90 minute version broadcast Europe-wide on Discovery International also available. Distributed by Autentic.

An unflinching two-part mini series documenting the historic turning point resignation of Benedict XVI and the extraordinary conclave and election of Pope Francis, the first non-European pope in 1000 years. Shot on location in Argentina and Vatican City, the series offers a rare behind the scenes look at the secretive papal election process. It also reveals the full story of Pope Francis, tracking his rise from Jesuit superior during Argentina‘s brutal military junta to his popular role as the humble archbishop of Buenos Aires to his groundbreaking papacy.  Written and produced by Paul Russell, Federico Schiavi and Andrea Vogt. 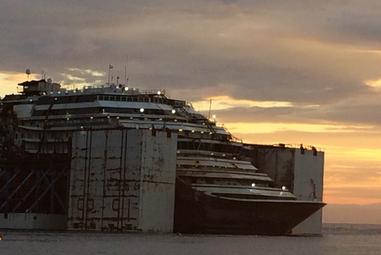 Millstream Films content is distributed by documentary labels Autentic and Espresso Media International. In Italy, our distributor is Lillium Distribution. For screeners or to watch on Vimeo send request to: millstreamfilms@gmail.com or sales@autentic.com. 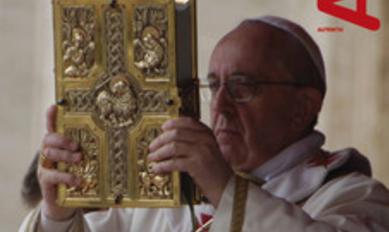 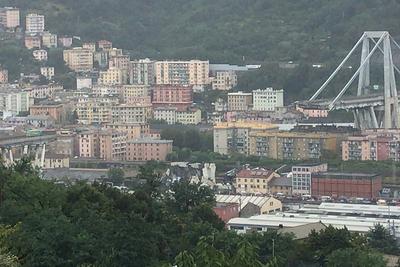 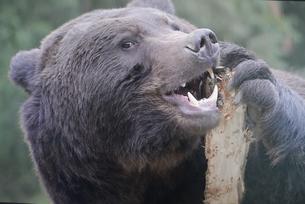 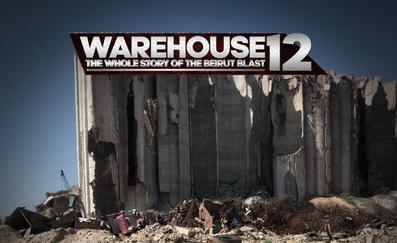 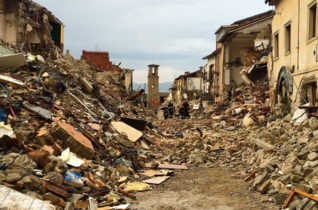 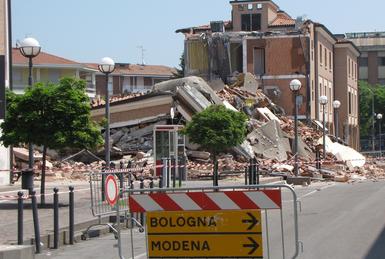